By Dr. Frank Yap, MD February 15, 2021
One in three Singaporeans suffers from moderate to severe sleep apnoea , and one in 10 suffers from severe sleep apnoea, a study has found.
Sleep apnea is a potentially serious sleep disorder in which breathing repeatedly stops and starts. If you snore loudly and feel tired even after a full night's sleep, you might have sleep apnea. Sleep apnea can lead to various complications if left untreated. Breathing might stop during sleep cycles, often several dozen times a night, sleep apnea can lead to high blood pressure, headaches, diabetes, weight gain, depression, dangerous levels of daytime drowsiness, and even heart disease and stroke, making it crucial to both diagnose and treat sleep apnea appropriately. 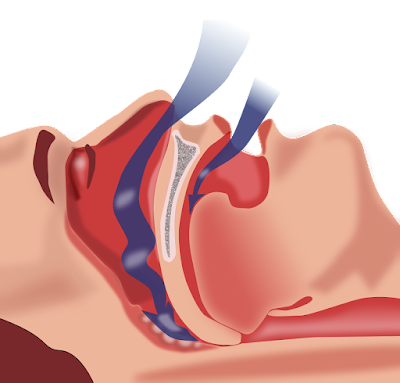 What Is Sleep Apnea?

There are two distinct types of sleep apnea that affect individuals.

The first, more common form of the sleep disorder, obstructive sleep apnea (OSA), occurs when the muscles of the throat relax too much during sleep, resulting in the obstruction of airways. As these airways close, the body and brain will have lack of oxygen until the body’s autonomic response is to wake up partially in order to clear the obstruction.

The second type of sleep apnea, known as central sleep apnea, is neurological in nature. A condition where the brain doesn’t send the proper signals to the muscles of an individual’s body that are responsible for controlling breathing. Again, the result is lack of oxygen and partial awakening in order to shock the body into breathing involuntarily once more.

What are the symptoms of obstructive sleep apnea during the night and day?

This results in:
Hence, the patient with obstructive sleep apnea has poor quality unrested sleep.
During the night

The most common symptom for patients with obstructive sleep apnea is snoring.

Frequently, the bed partner prompts the patient to see a sleep doctor because of concerns over repeated choking at night/gasping/apneas (stoppages in breathing).

Patients may complain of frequent awakenings with a choking and gasping sensation, nocturia (frequently passing urine at night), or nightmares.

Many bed partners have witnessed their partners choking and holding their breaths during their sleep.
Patients with severe obstructive sleep apnea may be unable to sleep supine (on their back), as this causes the tongue to fall backwards resulting in obstruction of the airway.
During the day

Common daytime complaints include:
Excessive daytime sleepiness is very common in patients with obstructive sleep apnea, and is caused by a combination of frequent arousals, sleep fragmentation, repetitive oxygen desaturations, and reductions in delta and rapid eye movement (REM) sleep.
Excessive daytime sleepiness can be measured by a simple questionnaire known as the Epworth’s Sleepiness Score (ESS).

How to Confirm Sleep Apnea

If you suspect you are suffering from sleep apnea, it’s important to consult an experienced medical professional such as a sleep apnea specialist in order to confirm that you have sleep apnea, the type of sleep apnea and the severity. Some of the telltale signs of sleep apnea include pronounced snoring and being told that you stop breathing for significant amounts of time during sleep (often by a partner who has grown concerned by observing the phenomenon).

However, simply suspecting that you have sleep apnea isn’t enough – you need to be diagnosed by a medical professional before you can seek treatment. There are two ways to receive a definitive diagnosis – a sleep study, which involves being monitored overnight by a battery of sensors in a controlled environment such as a sleep center, and an abbreviated version of the same test that you can do in the comfort of your own home.

There are benefits and drawbacks to both kinds of tests. Spending the night in a sleep center can be stressful, as trying to sleep while there are dozens of electrodes and sensors attached to your body is often uncomfortable, to say the least. This leads many to prefer a home sleep test, as there are usually just one or two devices connected to your body. However, home sleep tests gather much less information than a sleep study and could be less conclusive, resulting in additional testing being necessary.

Once a diagnosis of sleep apnea has been confirmed, it’s time to explore treatment options. Depending on the type of sleep apnea you suffer from, you may be referred to additional specialists; in the case of obstructive sleep apnea (OSA), a visit to an ENT specialist may be in order to see if there any blockages in your nose and throat that may be causing the problem. This may lead to surgical options for clearing these blockages. Meanwhile, central sleep apnea sufferers may be referred to a neurologist or a cardiologist to investigate underlying causes.

Treatment for sleep apnea, as mentioned above, can and sometimes involve surgery. However, many doctors prefer to start with less invasive treatments, often beginning with lifestyle changes such as quitting smoking. However, most moderate to severe cases will require the use of continuous positive airway pressure (CPAP) to force air into your lungs as you sleep.

As a device designed specifically for treating sleep apnea, CPAP machines only come into play after someone receives a diagnosis; being diagnosed with sleep apnea typically involves undergoing overnight observation at a sleep center.

A CPAP machine is a small air compressor attached to a hose that feeds an OSA sufferer with a continuous stream of air while they sleep. The air is channeled through the nose and/or mouth through a specialised face mask, pushing the airway open and preventing it from being obstructed.

Most CPAP devices rely on small air compressors to provide pressure. Since the side effect of compressed air is providing naturally dry air, many CPAP machines also have water reservoirs to humidify the air to ensure higher levels of comfort. Air flow levels strength is also adjustable, allowing either low-pressure or high-pressure airflow possible. The exact amount of air pressure needed for someone suffering from sleep apnea will differ from one individual to the next, and it’s something that has to be determined by a sleep specialist.

CPAP therapy has become the best and easiest solution for treating sleep apnea in both adults and children. While it’s certainly not perfect – being fitted with a CPAP involves multiple overnight stays at a sleep lab, and wearing a CPAP mask can be uncomfortable. However, the continuous air pressure that CPAP therapy provides is the gold standard for treating what could otherwise be a serious, and even life-threatening sleep disorder.

As mentioned above, most moderate to severe cases will require the use of continuous positive airway pressure (CPAP) to force air into your lungs as you sleep.

As a device designed specifically for treating sleep apnea, CPAP machines only come into play after someone receives a diagnosis; being diagnosed with sleep apnea typically involves undergoing overnight observation at a sleep center.The cost of a CPAP machine in Singapore will vary from SGD 1,200 to SGD 2,000 depending on the type and the accessories included.

Medisave and insurance coverage for the consult, nasal scopes to identify sites of airway blockage and medications is not a problem.

For sleep study and CPAP machines, different insurers and Medisave coverage can be different, so do check for your specific coverage entitlements first, as the individual would have signed for different coverage.

Surgery for the various sites of obstruction have been covered usually, but it would still be wise to clear with your specific insurer first.

Surgical procedures for the treatment of snoring may include nasal, palatal, jaw, tongue and neck surgery. The surgical procedure recommended will depend on the location of the tissues contributing to the snoring.

In Singapore private hospitals, removal of tonsils for example may cost up to $12,000 as a day surgery and if you are admitted, the cost will be higher.

In addition to CPAP machines, there are other treatment options for sleep apnea. The effectiveness of these treatments vary according to the severity of the condition; dental appliances such as medical mouth-guards, designed to alter the shape of your mouth while you sleep, may be enough to treat mild cases of sleep apnea, but moderate to severe cases might still require CPAP therapy and/or surgery as a more effective solution.

Find a CPAP Machine and Sleep Centre in Singapore

Popular posts from this blog 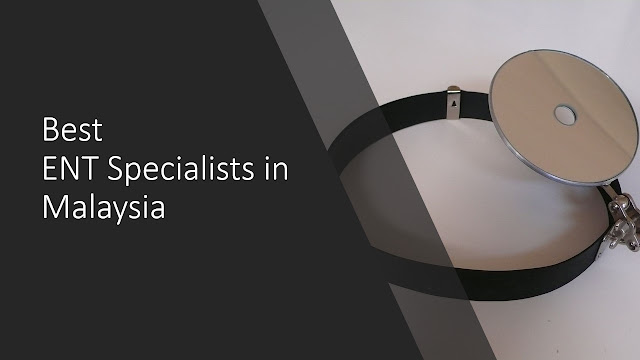 If you are looking for the best ENT Specialist in KL , Selangor or Klang Valley; this article was written with you in mind. While most of you will know how to do a Google search to find an ENT specialist, the process of selecting the right one for you or your friends is not as simple as choosing one who is nearest to you based on Google search results. We hope this article will shed some light for those in search of an ENT specialist in Malaysia. What does an ENT Specialist do? ENT (ear nose and throat) specialists are called medically as ' otolaryngologists ' or even 'otorhinolaryngologists'. ENT Specialists or 'Otolaryngologists' (Oto = ear, rhino = nose, laryngo = voice box or throat) are medical doctors trained in the medical and surgical management and treatment of patients with diseases and disorders of the ear, nose, throat (ENT), and related structures of the head and neck. To select an ENT (ear, nose and throat) specialist, many of us rely o
Read more 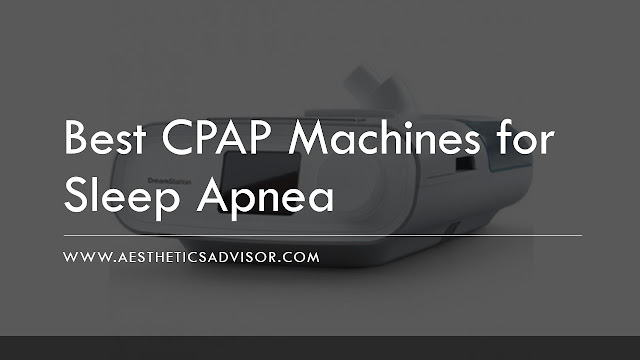 If you are looking for the best CPAP machine in Singapore, you are in the right place. Sleep apnea is a common but potentially serious sleep disorder, can lead to various complications if left untreated. Breathing might stop during sleep cycles, often several dozen times a night, sleep apnea can lead to high blood pressure, headaches, diabetes, weight gain, depression, dangerous levels of daytime drowsiness, and even heart disease and stroke, making it crucial to both diagnose and treat sleep apnea appropriately. Positive air pressure therapy, or PAP therapy, is a process for delivering airflow through a ventilation system to individuals who have a hard time breathing on their own. PAP therapy is delivered in one of two forms. Continuous positive air pressure, or CPAP, provides airflow at a fixed pressure rate; and bi-level positive air pressure, or BiPAP, delivers airflow at a variable pressure rate based on the user’s breathing patterns. PAP machines feature a generator attached
Read more 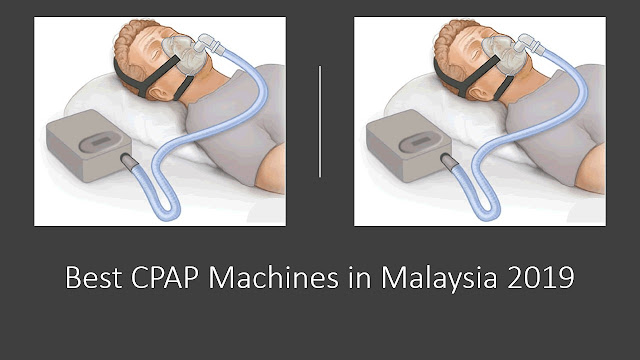 Friends, families and even fellow doctors often ask us how they should go about choosing a CPAP Machine in Malaysia. Positive air pressure therapy, or PAP therapy, is a process for delivering airflow through a ventilation system to individuals who have a hard time breathing on their own. PAP therapy is delivered in one of two forms. Continuous positive air pressure, or CPAP, provides airflow at a fixed pressure rate; and bi-level positive air pressure, or BiPAP, delivers airflow at a variable pressure rate based on the user’s breathing patterns. PAP machines feature a generator attached to a humidifier that pressurizes the air, and a connective hose that links the generator to a mask placed over the user’s nose and/or mouth. Related: CPAP 101 - Expert Tips For Getting Started with Continuous Positive Airway Pressure (CPAP) Machines PAP therapy can be a highly effective treatment for people with sleep apnea; CPAP is normally reserved for people with obstructive sleep apnea (O
Read more